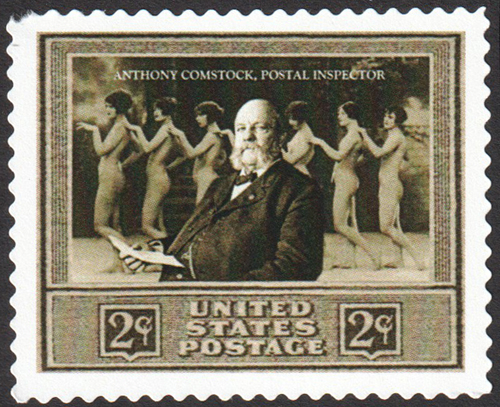 In 1873, Anthony Comstock, a former dry goods salesman turned anti-pornography crusader, founded the New York Society for the Suppression of Vice and then influenced the United States Congress to pass, after less than an hour of debate, the “Act for the Suppression of Trade in, and Circulation of Obscene Literature and Articles of Immoral Use.”

President Ulysses S. Grant’s postmaster general then appointed Comstock as a special agent in charge of enforcing the act, giving him the right to open others’ mail, carry a gun and make arrests. 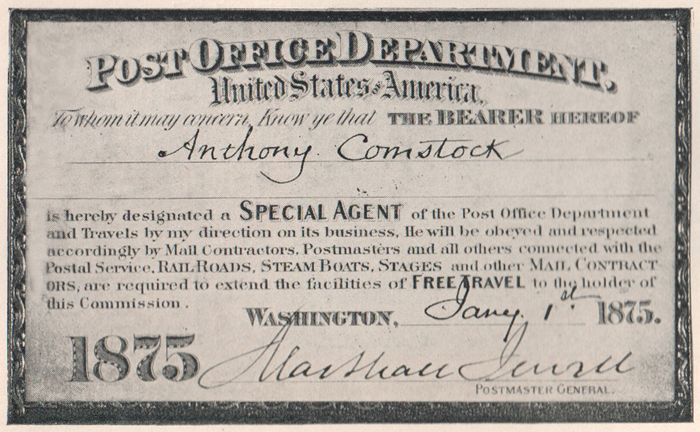 Based in New York City, Comstock sought to be, and often was, the sole arbiter of what was obscene. His definition of obscenity was any item that “might arouse in young and inexperienced minds, lewd or libidinous thoughts.” And he found obscenity everywhere, in books and pictures, statues, medical texts, books on anatomy, classic art and literature, poetry, playing cards, photos of boxing matches, on the theater stage and in store windows. His definition of “Articles of Immoral Use” included condoms — without fear of conception and venereal disease, people might engage in sex for pleasure.

As a Postal Inspector, Comstock drafted “decoy” letters with false signatures to prompt persons to sell him forbidden wares and then used the evidence obtained to arrest and convict them. And Comstock quickly expanded the scope of his enforcement beyond the mail, enlisting local police to join him in raiding book sellers, art galleries and saloons, stripping the shelves of wicked books and the walls of nudes.

Nor was New York City the sole focus of his attentions. Being a Postal Inspector, Comstock could ride for free on any train that carried the mail and so traveled all over the country in search of that which might outrage him.

After one year on the job, Comstock enumerated the precise numbers of photos, books and “obscene and immoral rubber articles” seized and destroyed, and ended the list with “publishers, manufacturers, and dealers dead, since March last, 6.”  This number represented dealers who had committed suicide after their arrest. By the end of his career, Comstock had taken credit for 16 suicides of his perceived enemies.

In 1915, Comstock’s obituary noted that had caused the arraignment of 3,697 persons in state and federal courts, of whom 2,740 were convicted. Overlooked by Comstock’s supporters was that at least 964 people he arrested were innocent.